How does 3D printing work?

Each 3D printer constructs the parts according to the same principle: a digital model (called a 3D file or 3D model) is transformed into a three-dimensional physical object by adding one layer of material at a time. This is where the alternative additive manufacturing term comes from, in particular

In 3D printing, no special tools (for example, a cutting tool with a particular geometry or mold) are required. Instead, the part is manufactured directly on the built platform layer by layer, resulting in a unique set of advantages and limitations.

The process always starts with a 3D digital model (mainly in STL or OBJ format) – this is the plane of the physical object. This model is cut by the 3D printer software (called slicer) into thin two-dimensional layers, and then transformed into a set of machine language instructions (G code) that the printer can execute.

From now on, the operation of a 3D printer varies by process. For example, desktop FDM printers melt plastic filaments and apply them to the printing platform using a nozzle (such as a computer-controlled, high-precision glue gun). Large SLS industrial machines use a laser to melt (or sinter) thin layers of metal powders or plastics.

Available materials also vary depending on the process. Plastics are by far the most common, but metals can also be 3D printed. Produced parts can also have a wide range of specific physical properties, from optically transparent objects to gummy objects. 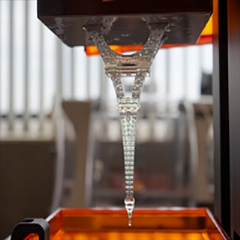 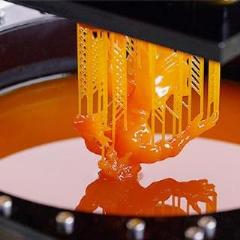 Depending on the part size and 3D printer type, the printing process usually takes between 4 and 18 hours. However, 3D printed parts are rarely ready for use outside the machine. They often require further treatment to reach the desired level of surface finish. These steps require more time and effort (usually manual).

A Brief History of 3D Printing